The Sweetest Poison
by Jane Renshaw 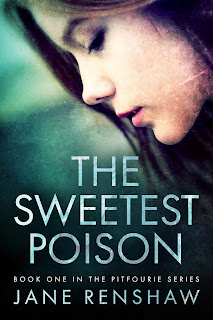 When life has cast you in the role of victim, how do you find the strength to fight back?

When she was eight years old, Helen Clack was bullied so mercilessly that she was driven to a desperate act. Now she is being targeted once more, but this time her tormentor’s identity is shrouded in doubt.

When her life starts to disintegrate, she flees home to the wilds of north-east Scotland, and to the one man she knows can help her – Hector Forbes, the dubiously charismatic Laird of Pitfourie, with whom she has been hopelessly in love ever since those hellish days in the school playground, when he was her protector, her rescuer, her eleven-year-old hero.

But is Hector really someone she can trust?

And can anyone protect her from the terrible secret she’s keeping?

And then into her misery had come the letter.

The first letter he’d ever written her, with her name, ‘Helen Clack’, and her address in his neat sloping writing. Inside, a single sheet of writing paper. And his words, telling her how sorry he was about Dad, how much he’d liked him, that he wished he could have been at the funeral. That he hoped she was all right. That it was something, that Dad hadn’t had to suffer through a long illness, that his death had been so sudden, at home at the Parks rather than in an anonymous hospital ward.

And then the words that she’d never forget as long as she lived: I’ve been thinking a lot about you –’

Well, you and your mother. But still.

She’d carried the letter around for days. Suzanne had found her staring at it, and snatched it away and read it, and then perched on the kitchen table and said, ‘So. Have you replied?’

And when Helen had said she hadn’t, Suzanne had offered to help.

‘They don’t think like us. They don’t spend – how many days have you been mooning over this? – six days analysing and pulling apart and putting back together every little thing we say. You have to treat them like they’re simpler forms of life. Stimulus–response.’

‘Hector’s not a “simpler form of life”. That’s the whole problem.’

~~~~~~~~~~~~~
REVIEW:  This was an interesting read...  I wasn't too sure how I was feeling about reading this at first.  But I didn't give up on the book.  I found this book well written and the plot was good so that wasn't the case at all.  I struggle with some things in real life that while reading this book reflected on it to some degree as I struggle with people who lie.  But other than that I did find it to be an interesting read and very glad that I kept with it! 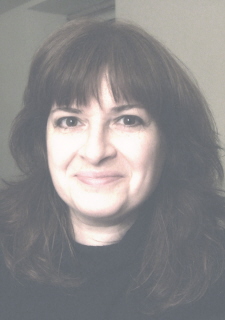 Having discovered early in her 'career' that she didn't have what it takes to be a scientist, Jane Renshaw shuffled sideways into scientific and medical editing, which has the big advantage that she can do it while watching Bargain Hunt! Jane writes what she loves to read –  series of novels in which the reader can immerse herself, which let her get to know an engaging, interesting and/or terrifying cast of characters slowly, in the same way you get to know people in real life. Ideally, the drama should be played out in a gorgeous setting, and the cast should include at least one dangerously charismatic, witty, outrageous protagonist with whom the reader can fall in love. A bit of murder and mayhem in the mix never hurts either... Hence the Pitfourie Series.