This post is part of a virtual book tour organized by Goddess Fish Promotions. The author will award a a print copy of the book (US only) to a randomly drawn winner. Click on the tour banner to see the other stops on the tour. 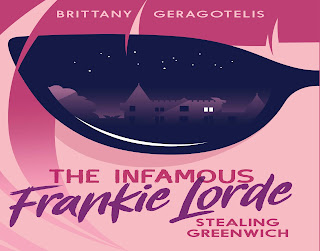 Launch of a new series for upper middle graders about a girl who has lived as an international thief, now returned to the real world.

Frankie Lorde and her dad have been a team for as long as Frankie can remember. Being a tutor under the man responsible for some of the world's biggest heists has given Frankie a unique perspective on the world. And a special set of life skills. Frankie can spot an FBI agent in a second. Pick a lock in two seconds. Steal a Bugatti in three. Then dad is arrested.

Frankie is sent to live with her uncle, her dad's brother who she barely knows, and is, ironically a cop. Now Frankie has to go to middle school, learn what suburban kids wear and eat. But also ironically, Frankie is in Greenwich, CT, one of the richest towns in America. Seeing the starkness of super rich and the super not rich who support the community gives Frankie an idea. How to use her skills for doing good, to even the score. . . .

Let me draw you a picture of my life with Dad. This is what happened during our last daddy/daughter outing:

Dad and I were in Paris, hanging out at a hip local spot, drinking café crèmes—a fancy term for milky coffee, in case you didn’t know—and people-watching. It’s one of our favorite things to do. We take turns coming up with backgrounds and stories for strangers who walk by.

Trust me, it’s a lot more entertaining than it sounds. I’d just dug into the most delicious chocolate croissant when Dad discreetly pointed to a lady crossing the street. She was wearing a smart-looking trench coat and sporting a short, boyish haircut.

I studied her like she was a work of art, noting her appearance and the way she moved and then taking in any other details she was giving away. If you know what to look for, it’s easy to tell exactly who a person is within the first fifteen seconds of meeting them.

And who taught me this cool superpower? My dad. See, I told you he’s awesome.

“She’s American. That’s obvious. Look at her shoes,” I said, gesturing at the boringly practical black flats the woman was wearing. “She’s trying to act like she’s not in a rush, but she is. And she’s nervous about something. Maybe she’s meeting someone for the first time? Her trench coat isn’t a fashion statement. It’s there to hide what’s underneath, which appears to be . . .”

I squinted in the midmorning sun in an attempt to see better.

“ . . . very unstylish and poorly fitting pants,” I finished. “She’s a professional of some kind, though her appearance doesn’t seem to be a concern of hers, so I’d guess she’s not in media or entertainment, or any field where she has to sell things to people, for that matter.” 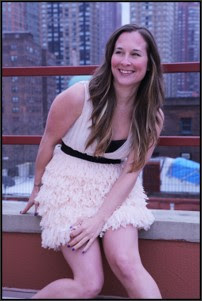 Brittany Geragotelis is living the dream. After 10 years of rejection from the publishing industry, she began to post her original novel, Life's a Witch, on the online writing site, Wattpad, hoping that others would enjoy reading her book. A year after the first upload, the book had received 19 million reads, which caught the attention of Publisher's Weekly, The Huffington Post and The Wall Street Journal.

After building up some buzz in the industry, she hooked up with her agents who instantly received interest from publishers and movie/tv producers. Within weeks, Life's a Witch went into auction between four major publishing houses, and in the end Brittany landed a 3-book deal with publishing powerhouse, Simon and Schuster. 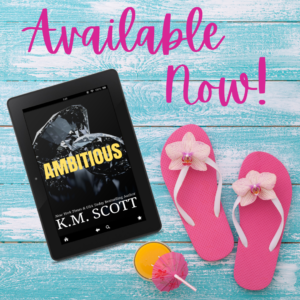