MY RITE OF PASSAGE DURING THE SUMMER OF '76 & Giveaway

My Rite of Passage During the Summer of ‘76 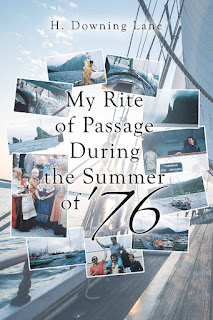 MY RITE OF PASSAGE DURING THE SUMMER OF ’76 is a riveting coming-of-age memoir about adventure on the high seas with philosophical musings that add a resonant layer of depth.

In this memoir, H. Downing Lane recalls the 25-day transatlantic sailing trip he took in 1976 as a young man, the details of the journey around Iceland, the Faroe Islands, and other locales, and reflects on its significance as a coming-of-age learning experience.

H. Downing Lane was 26 years old in 1976 when he decided to sign up for a transatlantic sailing trip into the Arctic with an accomplished captain named E. Newbold Smith. In this vivid, often exhilarating memoir, Lane draws from journal entries written during his time at sea to share an account of the remarkable voyage.

The Atlantic crossing was a 25-day affair, from Chesapeake Bay, around Iceland, the Faroe Islands, and the coast of Norway. It was undertaken at a point in Lane’s life when he was feeling particularly vulnerable, as he was recovering from an accident in which he had lost an eye. He wished to “prove [his] mettle,” not to the other men aboard the boat, but to himself. As it turned out, Captain Smith was something of a kindred spirit, as he too had survived a devastating accident many years earlier. Lane provides the reader with a realistic vision of what life aboard a sailing vessel is like, from the often freezing temperatures above and below deck, to the many challenges presented by simple bodily necessities. He describes various technical aspects of working on the boat, but his language never devolves into jargon; his account is always perfectly clear and accessible.

Lane seasons the text with literary and philosophical quotes that frequently allow him to consider the greater meaning of his experience, and even of life itself. There are also numerous stunning photographs included of the boat and the various stops along the way.

With my fears of being washed overboard were too real to face. Thank God for our personal bridles and harnesses. Going on watch, I took lookout duty as a personal challenge. Some competitive juices in me wanted to be the first to sight anything significant. When I was changing a sail, I remember spending hour upon hour watching the horizon for ships, icebergs, birds, floating debris. "Land-ho" is always a welcomed announcement from any crew at sea for an extended period. Maybe I felt I had to prove to myself that one eye was as just as good as two...maybe better! As it turned out my eagle eye did sight something directly ahead of Norway's coast - a renegade derrick - that could have been quite damaging to Reindeer if I hadn't noticed it.

My greatest healing came when the day-to-day struggles and endurance made me forget myself. We were a crew that helped each other any way we could. We worked together and made teamwork work. In many ways I discovered a more selfless me. What was great was my eye loss didn't matter as much any more. While sea time sometimes felt endless, the sea and our boat issues helped my mind move away from my personal matters. What mattered was not only our survival against the elements, but also our pushing forward toward destinations.

We were not racing or on some clock. We weren't individuals competing or crossing the ocean separately, but a group of men sailing together. As clichés sound trite, they do sum up the truth. Our joint efforts were all about the journey. And by the time Reindeer arrived in Norway, 60 miles north of the Arctic Circle, I felt like a new person had been born or reborn. I remember part of me didn’t want to get off Reindeer even with a new crew soon arriving. It had been my floating home for close to two months.

As it would turn out the second half of that summer of ’76 where I hitched-hiked alone through Scandinavia and Northern Europe for a month would offer me additional mending opportunities as total strangers housed, fed and transported me across much of it, it helped me heal as well. As I realized many years later, the incredible kindness and generosity of complete strangers had much to do with helping me cross my mental oceans. 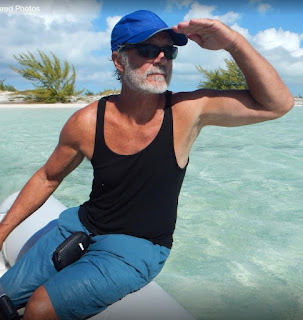 H. Downing Lane is a retired educator, tutoring business owner, English teacher, coach and administrator who sails in his spare time. Presently he is writing a series of books that chronicle his sailing adventures.

Born and raised on the eastern shore of Maryland, he has returned home after 40 years to write. Henry taught sailing for eight years on Long Island Sound and sailed competitively on the Chesapeake Bay, crewed transatlantic to Iceland and Norway, been a crew member of a number of Annapolis – Newport and Newport – Bermuda races and sailed much of the Caribbean and Bahamas.

In 1978, he sailed the SORC around Florida. In 2008, he purchased Mystique, a 40′ leopard catamaran, and in 2013, he sailed it to Santo Domingo, the Turks and Cacaos and eventually to Florida.

In 2016, he sailed solo for 51 days through the Exumas. On another adventure he and Lainie Wrightson had a calamitous time together – losing both rudders – the basis of his second book, Bluewater Mystique.

He has chartered boats to sail the Dalmatian Coast, Belize, Abacos, Eleuthera and the Maine coast. While maintaining his blog www.bluewatermystique.com, he has written numerous blogs about life and sailing.

He is a dedicated learner and loves sharing his experiences and stories.

a Rafflecopter giveaway
at February 11, 2021 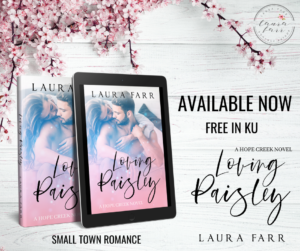