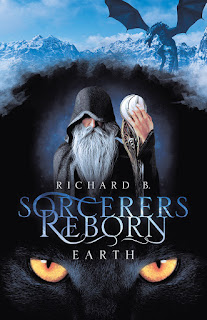 Sorcerers Reborn is Book One in a series that begins here on Earth and takes you on a new and exciting journey in the world of Sorcerers, Dragons, Elves and more.

Midnight stops. She feels something she hasn’t felt in three thousand years, something that possesses magic. It’s to the east in the mountains. She runs toward the beacon. She stands in front of a sheer stone wall hundreds of feet tall. There is a cave three quarters of the way up where the magic resides. If she tries to reach whatever is up there, it could potentially kill her. She’s come this far, but her journey isn’t over yet.

Midnight was exiled to earth with six Sorcerers by the evil Sorcerer Tay’Ron. She is a creature of magic, created by magic. She holds the gift of Sorcery from six Sorcerers who have passed on, and she is on a mission to find people on earth who are worthy of possessing this power. Her legacy must continue. Time is of the essence.

She possesses the gift of Sorcery. Midnight is a creature derived from magic, a fairy creature created from magic. She is not a Sorcerer. The six other Sorcerers are the six she carries inside of herself. 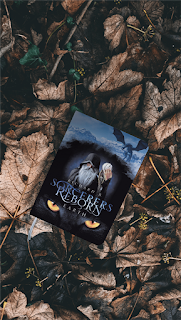 “When I give you the gift of sorcery, your body will have the power to heal itself. However, you are going to have to let this you die. You will have to adopt another identity, another you. I know it isn’t easy to understand right now, but you must realize it is the only way. Once you have the gift, I can keep your body the same as it is now, with all your medical issues as they are today, but without the pain you suffer now.

“You must see that this you must die. It all starts with you accepting the gift. We can work on the rest of the details once you complete the transition from mortal to Sorcerer. Do you understand what I am telling you? One more thing: once you accept my offer, there is no turning back. I cannot reverse the process, so think this over, and make sure you’re ready.”

DeWayne took his glasses off and closed his eyes. Again, he raised his hands to his face, going over everything Midnight had said.

He got up and grabbed another beer. He had always believed that there had to be other planets out there that could sustain life. Was this proof that there were other inhabited planets with sentient beings on them, or was this still a bad dream? He only had a short time left to live, and he had wondered what it would be like to have the knowledge he had now with the chance of another life. It had seemed a foolish dream. He turned what she said over in his mind, sifting through his thoughts as a gambler does before he rolls the dice and kept coming up with snake eyes. Gambling was like that: you had to be willing to take a chance, even when it seemed your luck had run out.

DeWayne shook his head, trying to think of a reason not to accept Midnight’s offer, but he came up short. He stood in front of the window. Dr. Hanson told me that the results from the MRI were not good, just three days ago. She said I most likely was not going to make it another six months. Mind you she has been saying that for the past ten years. But I know she is right; I don’t need the tests to tell me the lung damage is getting worse. Now I have a choice to make, do I accept this gift Midnight is talking about and live for God knows how much longer, or do I refuse and die within six months. I am not ready to die.

He looked at Midnight. “I have questions: first, did you have something to do with me living as long as I have? You did say you have been watching me on and off for the past ten years. Also, it seems that all I have to do is to think of what I want to say and you know what I am thinking. Are you reading my mind?” 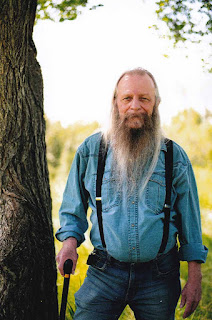 Rick (Richard B.) Ogle was born in 1951 in Northern Ontario. This is his first appearance in the writing world. He worked for forty-five plus years as a journeyman fabricator/welder. In 1978 Rick wrote a short story titled "Storms" that turned into two books. His work always came first, so writing took the back burner. Writing of Sorcerers Reborn began in late 2000, but again work came first, so the book was not revisited until he was force into retirement in 2013.

In 1998 Rick went back to school to learn something that would get him out of his chosen trade as a fabricator/welder. In 1999 he spent six months as an adult literacy tutor and found that was rewarding when he saw the progress each student was making. He currently

holds an Adult Instructors Diploma. He completed a six-month course to obtain an A+ computer technicians' certification. He has an AutoCAD certificate in drafting and design. He instructed classes for Microsoft Word, Excel, PowerPoint, and Access at the North Cariboo Community Skills Center in Quesnel BC.

Rick is self-taught in HTML (Hyper Text Markup Language) code and built his website in 1998 while he was in school. He named his website "Poems and Short Stories by Richard B". That website is still going today. Home page URL: http://www.richardbees.ca

CONNECT WITH RICHARD B.