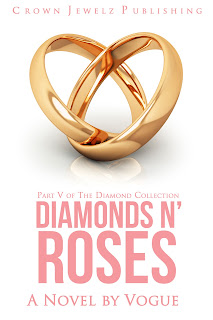 After battling through the highs and lows of an intense and often dramatic relationship, fashion designer, Carmen Davenport, and business mogul, Jay Santiago, are finally ready to plan their most anticipated event to date – their wedding. However, before they can get down the aisle, they must endure a few unexpected surprises, twists, and turns.

Finally hearing her voice, Jay set the pencil on the desk. “I’m serious about this wedding. Lately, I haven’t been showing that side of me, but I promise, all that is going to change. I’m going to be more involved like I should’ve been in the beginning.”

“You better,” Carmen replied, rising from her chair. “I don’t know what’s going to happen if we have this conversation again.” She picked up the rest of the papers, organizing the documents into a stack, which she set on top of her laptop. “Everything will be right here if you want to look at it. I’m gonna head upstairs. I’m done for the day.”

Jay didn’t pressure her into staying, but he did make sure to get a kiss before she left. To him, the kiss served as confirmation he was officially in her good graces. He still had a lot to prove, but at least he was off to a start. The only thing he had to do now was play catch up.

Once she left, he reached for the stack of papers. He reviewed each one until he was up to date. For Carmen to be the only person majorly contributing aside from the planners, she had put a major dent in the planning stage. There were still things which needed to be decided upon, which led Jay to grab a sheet of paper from the printer. He started jotting down ideas and by the time he was there was hardly any white space on either side of the page. 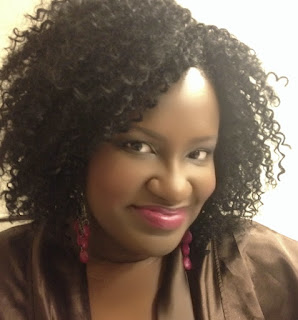 Born and raised in Greenville, South Carolina, Vogue’s journey through the world of creative writing first began in middle school with poetry and songwriting. However, it was her discovery of prose that opened the door to a world of endless possibilities.

By 2010, Vogue had written drafts of the entire ten book series and in June of 2010, Diamonds in The Rough, was published. Soon followed by Diamonds Are Forever in October of 2010, The Ace of Diamonds in February of 2013, and Black Diamonds on July 4, 2015, Vogue joined a league of other writers, determined to make her mark in the literary world.

Vogue released the fifth book in the series, Diamonds N’ Roses, on December 25, 2016. She took a hiatus to earn a Master of Fine Arts degree from Queens University in Charlotte, NC, but released parts six and seven of the Diamond Collection series, The Diamond Tiara and Dirty Red Diamonds, on June 7, 2022.