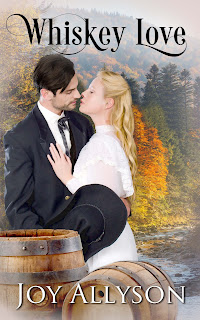 She’s an uptight Bostonian
Proud and beautiful, Chloe Tanner, inherits her family’s famous distillery—a legacy she must save from certain disaster. Her troubles can be traced back to one man. The man whose very presence is more intoxicating to her than whiskey.


He’s a laid-back Tennessean
No one disputes handsome Penland Kittrell’s expertise in all things whiskey. But Pen can’t make heads or tails of his new neighbor and now business rival; an undeniable attraction tainted by her connections to the powerful group of Eastern moguls and tycoons she moves among.


It’s a Whiskey War they both want to Win!

Passions ignite between Chloe and Pen in this deadly tangle against revenuers, moonshiners, and robber barons who all try and come between them and their whiskey in this gilded age adventure where the real gold is amber nectar.

“Are you not afraid of reaching a stage of inebriation I might be tempted to take advantage of?” he asked cocking one dark brow up.

“No. As you have reminded me several times earlier tonight—there is not anything else you could do with me you have not already done.”

“What a little innocent you are, Chloe.” He circled the table and took the flask and pulled her up from the chair. “I’ve thought a lot about you these past few months. Didn’t want to. But did.” He wrapped his arms around her and nuzzled her neck.

She breathed in the butterscotch whiskey and sandalwood smell she associated with him. Wanting to see if there was truth in his eyes, she pushed against his chest locking her arms to study his face. Could she believe him?

“Tell me you want to kiss me too,” he whispered.

Inch by inch she moved in, surrendering equal distance. Finally their lips met as if no time had passed between them—a continuation of their night together a few months before. She could taste the heavy sweetness of the whiskey they had drunk, smell its heady scent, but it was his mouth, his touch that made her dizzy with desire. 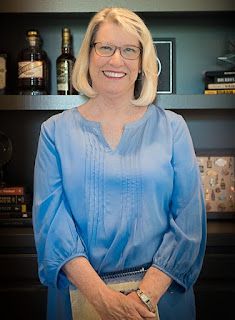 As the daughter of a United States military officer, Joy Allyson grew up with a love of travel and a deep appreciation of history. A teacher by training, she always preferred reading historical romances to pedagogy. Her favorite characters – rebel heroines and salvageable scoundrels. Joy believes the best romances are the ones you want to read over and over again.

She is a member of Romance Writers of America and Music City Writers. She resides among the beautiful hills of Tennessee with her husband and near her two daughters and six grandchildren. Whiskey Love is her debut novel.