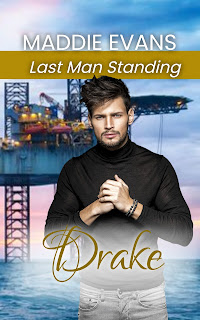 You know who he is... the confirmed bachelor. The fellow who claims no woman will ever tempt him enough to succumb. Cupid will never hit his mark.

Well, guess what? We’ve got fourteen feisty heroines who are about to change their minds.

Drake's an underwater welder. After growing up in poverty, he's putting in a few years in a highly dangerous but highly-paid job so he'll never have to worry about money again.

He's never going to marry, even though all the other divers are paired off. It's just not in the cards for someone who's trying to stockpile that much money that quickly.

Sunita is the widow of a commercial diver, working on the same oil rig as a roboticist. It's been three years since Aaron died, but now she's beginning to date. When she asks Drake if there's room for him to take someone else along on this money-saving scheme, he starts to wonder. Maybe there is. And maybe it's Sunita.

Keeping himself motionless in the water, Drake Stillman positioned the stick welder close to the oil rig riser and followed the edge of the flange. Light and bubbles erupted from the tip, and he adjusted his angle to have a better view. The bubbles diffracted the light of his headlamp, and the white glow of the weld added to the confusion.

He pulled back the welder. “Make it cold.”

On the rig, his tender Micah would be throwing the switch to cut off the current. Drake pulled the hammer from his belt and tapped off the slag from the edge of the weld.

“One more to go,” he murmured.

Through the helmet, he heard Micah say, “One more on this riser. Lots more to go.”

“One more for me,” Drake shot back. He tucked the hammer into his belt and raised the welder. “Then I’m done for the dive and done for this tour. Make it hot.”

Again came the light, but also the lack of noise. Welding should make a sound, except all around Drake, the water muted it. Water made his job so dangerous and also so beautiful. Water moved him in one direction while he fought to keep still. The entire Gulf of Mexico was his playground and his financial security—his ticket to the rest of his life, and possibly the cause of his death.

What percent of the Earth was water? That was Drake’s realm.

“Make it cold.” He tucked away the welder and raised the glare shield over his visor, then swam down to the final flange. “Micah, mark my depth. I want to get paid for these six feet.”

A yellow robot puttered over to Drake, and he waved at the camera mounted to its front.

Drake reached into his utility belt for a new flange. “My bank account thanks her.”

“Also, she says to look behind you.”

Drake pivoted, expecting to find a shark, but instead he found a half dozen barracuda, all of them intrigued by this predator surrounded by lights and hoses.

With no peripheral vision in the hat, Drake wouldn’t have known these guys were even here. Micah laughed. “You have a fan club.” 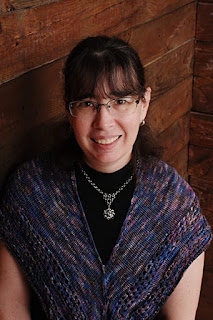 Maddie Evans is a slightly offbeat romantic who believes in the combination of love and hard work. When she's not writing stories, you can find her exploring dirt trails on her bike or jogging around town.

Maddie lives in New England with her husband, kids, and an ever-changing number of tropical fish.

a Rafflecopter giveaway
at September 05, 2022